Meet Dr. Jesse Medina | Meet the Team | What Sets Us Apart | Before and After 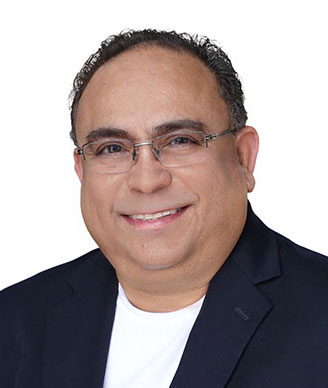 He was on the National Dean’s List for all four years in dental school. Dr. Medina received numerous awards for his outstanding clinical performance and professionalism, including:

Dr. Medina continued his dental education with a general practice residency at the Veterans Administration Hospital in San Juan, Puerto Rico, where he received extensive training in the management of patients of trauma, surgery, and oncology. He was an essential member of the hospital staff team who worked hand in hand with outstanding clinicians in the departments of oral and maxillofacial surgery and ear nose and throat.

He practiced general dentistry for nine years before resuming his postgraduate studies in orthodontics at the prestigious Columbia University in New York City, where he earned an advanced certificate in orthodontics in 2000. A researcher in his field, Dr. Medina composed a thesis in the area of dental adhesives. He investigated which ones offer greater bond strengths and resulted in fewer broken appliances during the course of orthodontic treatment.

In his free time, Dr. Medina enjoys being with his wife Nancy and their two daughters Laurie and Carli, who keep him very busy with recreational and church activities.